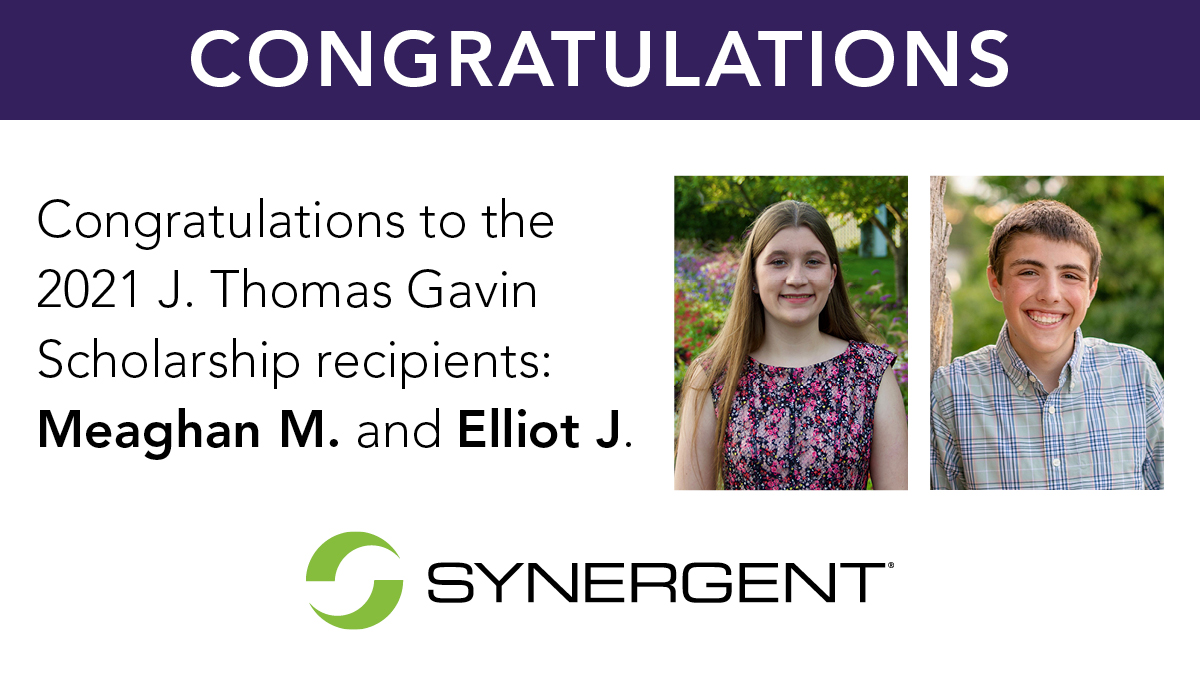 Two graduates from Windham and Greely High Schools will each receive $2,500.

Synergent is pleased to announce that the 2021 J. Thomas Gavin Scholarship has been awarded to Elliot Jordan and Meaghan McBreairty.

Elliot is a graduate of Windham High School and will be attending St. Michael’s College in Colchester, VT. He is a member of the Windham Chamber Singers and an inductee of the National Honor Society. In 2020, he earned the prestigious rank of Eagle Scout. Elliot is the son of Ben and Michelle Jordan. Ben is Synergent’s Senior Vice President of Information Technology.

Each year, the scholarship program awards up to two $2,500 scholarships to dependent, college-bound children of employees of the organization.

“Synergent extends our congratulations and best wishes to both Elliot and Meaghan,” said Todd Mason, President/CEO of Synergent. “Over the past four years, these deserving scholarship recipients have each excelled both in and out of the classroom. I’m confident that their next academic journey will be just as successful.”

The scholarship was established in memory of the late J. Thomas Gavin, who worked for the League and Synergent for 35 years until his sudden passing in 2006. He began his career serving credit unions in 1971. In 1973, he was the first person tasked with forming an online data processing service for credit unions and was instrumental in the development of MECUL Services Corp (now Synergent). He also oversaw the development and maintenance of the Credit Union Service Center, where our organization is headquartered. At the time of his passing, he was the longest-tenured employee. He was known for his strong work ethic, passion for photography, sense of humor, and his caring, selfless nature.