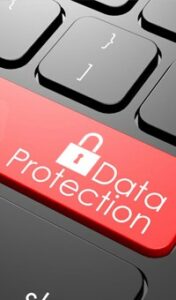 The Biden Administration has proposed an Internal Revenue Service (IRS) mandate that would require credit unions and other financial institutions to report deposit and withdrawal information for all accounts with an inflow or outflow of more than $600 and accounts with a fair market value of more than $600. Initially proposed as part of the American Families Plan in April 2021, the inclusion of this provision now resides in the Build Back Better Act (BBBA). As reported by the Credit Union National Association (CUNA), “The proposal would require depository institutions reporting nontaxable activity, including the gross amount flowing into and out of accounts to try and identify unreported taxable income.” This reporting would include business and individual accountholders, and require a “breakdown for cash, transactions with a foreign account, and transfers to and from another account with the same owner.”

Proponents of the plan feel that this reporting would capture additional tax dollars that currently are not reported, providing revenue to fund infrastructure spending initiatives. As negotiations continue, alternative proposals are being considered such as raising the threshold to $10,000 and adding exceptions that would exclude payroll and mortgage payments.

Concerns About The Proposal

There are a multitude of legitimate concerns surrounding the proposed legislation, including:

“This proposal would put credit unions and banks in the position of perpetrating an unprecedented invasion of privacy, in addition to creating a significant new compliance burden for credit unions,” said Ryan Donovan, CUNA Chief Advocacy Officer. “We encourage credit unions to reach out to your staff, members, and other stakeholders, as this directly impacts their day-to-day activities and privacy. We need to tell members of Congress to oppose this provision.”

The National Association of Federally-Insured Credit Unions (NAFCU) also is advocating that Congress reject the proposed reporting requirement. In a letter to the House Ways and Means Committee and Senate Finance Committee dated October 5, NAFCU Vice President of Legislative Affairs Brad Thaler expressed the organization’s continued opposition to the proposed reporting requirements, further highlighting that the proposed changes are not enough to address the concerns of credit unions.

“Because this provision focuses on the new reporting concept of account flows, and not income, most Americans would be caught up in this new scheme even at a higher threshold,” mentioned Thaler. “Furthermore, additional parameters will create additional compliance hurdles for financial institutions to report the correct account information. This provision cannot be fixed and should be rejected.”

The legislation remains with the Joint Economic Committee at this time. If approved by the committee, it will then go to the U.S. House of Representatives for a vote before proceeding to the Senate.

“This new proposal would result in banks and credit unions turning over to the IRS sensitive account details that in and of themselves do not constitute taxable events,” wrote CUNA in a recent letter to the Joint Economic Committee. “This would leave the IRS with a massive trove of personal financial data that would be used in a manner that is not detailed in the proposal. This is risky and unnecessary.”

However, this proposal is being actively considered by Congressional Democrats as they work on the BBBA. The IRS proposal can be adopted through an amendment to BBBA negating the regular legislative process for the original legislation. Because of this, it is critical that concerned credit unions remain informed and aware of the continuing developments around the BBBA negotiations.

What Credit Unions Can Do

Financial institutions across the country have banded together against this proposal to prevent it from being enacted, encouraging members/customers to help by raising their voices on the issue, contacting their representatives, and educating on social media.

Staying informed and engaged is critical. CUNA and NAFCU have been vocal opponents of the proposed IRS reporting provisions, leading efforts to raise awareness of this issue and urging credit unions to share their opposition with Congress. A message can be generated easily through CUNA’s Grassroots Action Center, or you can opt to contact your Congressional members directly.