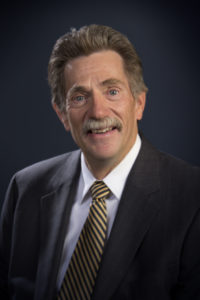 On July 2, Synergent announced that Gary Glenn is retiring as Executive Vice President after twenty years of service with the company.  Glenn’s retirement will be effective July 31, 2019.

Glenn has been serving the credit union system in various capacities for forty years and began his career at Synergent in 1999. Over the course of his tenure at Synergent, he served in a number of roles and made important contributions to the company’s success, including the development of innovative new products and services.

“We are indebted to Gary for his many contributions,” said Todd Mason, President/CEO of Synergent. “He always made serving credit unions a top priority while embedding a strong service philosophy into the DNA of Synergent. Through his leadership, Gary built a talented team that is ready and able to continue the charge.”

Among Glenn’s many accomplishments include the establishment of a strong partnership with Symitar® and hosting Episys® core processing for nearly 70 credit unions.

“I have been fortunate to work for an amazing company for twenty years,” said Glenn. “Throughout my career, I have truly enjoyed helping credit unions meet their technology needs and developing life-long relationships with them. It has been my privilege to work with so many great people during my time with Synergent. For that, I will be forever grateful.”

Glenn also has been integral in Synergent’s efforts to expand payments technology and launch data-driven marketing solutions for credit unions.

“I want to personally thank Gary for what he has done,” added Mason. “I wish him only the best as he enters this exciting new chapter in his life.”