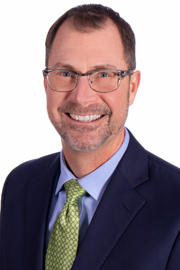 Twenty years. It’s hard to believe two decades have passed since that world-altering morning on September 11, 2001.

There are a handful of events in recent history where those that lived through them can recall where they were and what they were doing when they happened: the assassinations of President John F. Kennedy and Dr. Martin Luther, Jr., the Space Shuttle Challenger explosion, Columbine, the Oklahoma City bombing, and, of course, 9/11 are some that come to mind.

I’ll never forget that day. I was sitting at my desk at work when the news broke. My thoughts immediately scrambled to my family, friends, and co-workers and their safety. Then, I began to focus on the horror of what happened and realizing, without knowing exactly in what way, that the world had changed. I also knew that I was not alone. The profound sadness I felt that morning and in the days that followed were shared with a grieving nation. 2,974 lost their lives and more than 6,000 people were injured on American soil.

Despite the loss, sacrifice, and heartbreak that resulted from this shocking event, individuals from across the country—even around the globe—united together in response. People Helping People. Collectively we stood against terrorism, comforted those in pain, honored those we lost, and thanked the men and women who valiantly came to their rescue.

As we approach the 20th anniversary of 9/11, I hope we can again come together to remember the victims, support their families, and help one another. Keep in mind, your members, employees, and others you interact with may feel more emotional right now. That’s okay. Just ensure patience, kindness, and empathy prevail. It’s also okay to take time for yourself to reflect and acknowledge your own feelings.

September 11 was one of the worst days in our nation’s history. Let us never forget its impact or the continuing significance this day has on all our lives.